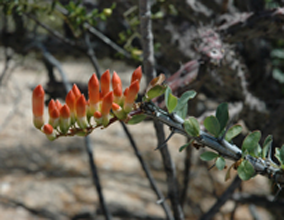 The USA-NPN, phenology, and our partners are often in the news. Follow some recent stories below.